Wild Sting is the first boss found in Donkey Kong Land who is fought in the stage Wild Sting Fling,which is a boss stage at the end of Gangplank Galleon Ahoy!. It is a manta-ray like boss that attacks by swooping down at Donkey and Diddy Kong and they must jump on him above ground to attack it. As they keep jumping on it, Wild Sting gets faster. It is assumably a type of Flotsam.

Wild Sting has two big eyes, along with its long body. It is small in size, and appears to have a hump on its back.

Wild Sting can easily be defeated by jumping on its back nine times, with it getting faster after every jump. It will then start swooping down to attack to the Kongs, which you must then dodge by jumping. There are also two platforms to jump on, to get more leverage, which proves effective in positioning to take out the fiendish ray. 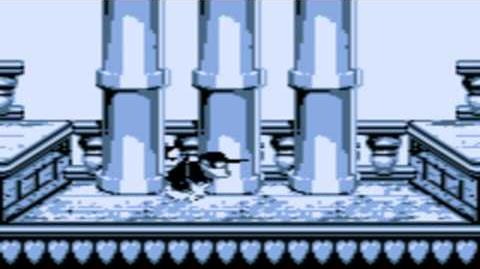