Stop & Go Station is the fourth stage of the world Monkey Mines of the Donkey Kong Island, as well as the tenth stage overall in the game Donkey Kong Country. It is preceded by Bouncy Bonanza and followed by Millstone Mayhem.

Stop & Go Station is a very unique stage. It only features two different enemies, Klaptraps and Rockkrocs. The Rockkrocs make their only appearances in the entire game in this stage. Among the Rockkrocs are Stop & Go Barrels, which have an odd connection with them - by jumping on them, one can make them stop moving and curl up into rocks. The Rockkrocs are invincible otherwise (except in the Game Boy Advance version of the game). In order to get out successfully, one must rush through to get to the end before the Rockkrocs can awake. There is also a shortcut in which the player simply turns around at the start of the stage, going back through the entrance. The Kongs are dropped near the end of the stage, next to the "G" of the K-O-N-G Letters.

In the GBA version of the game, a photograph of a Rockkroc for the Scrapbook can be found inside a pit. It can be clearly seen when traversing through the stage and must be picked up by rolling into the pit and jumping before actually falling down it.

Diddy and Donkey Kong entering the warp point, as seen in the game Donkey Kong Country for SFC/SNES. 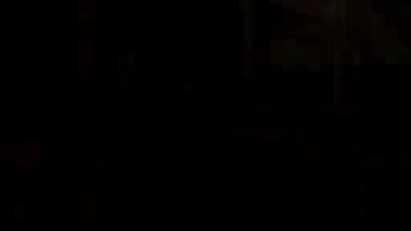 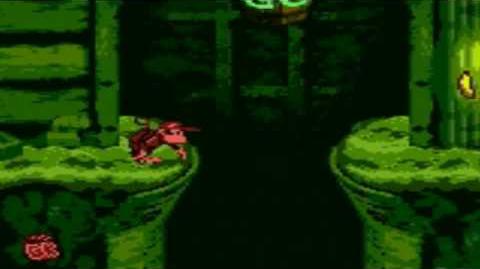 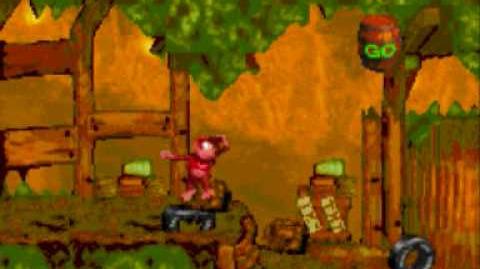