Shipwreck Shore is the second level in Lost Mangroves from Donkey Kong Country: Tropical Freeze. In this level a secret exit can be found that leads to Zip-Line Shrine. It is preceded by Mangrove Cove and followed by Canopy Chaos.

Right in the pit of water on which three crates (whereon several Punchy Paddies hop on) float, there is a trail of bananas going down. The player has to swim in the direction indicated by the bananas in order to enter the path to the secret exit, marked by two enormous chains; however, a strong propeller at the bottom of the path hinders the player from passing. In order to go through the water current, Dixie Kong is needed. Underwater, her ponytail transforms into an improvised propeller when the player holds A Button on the Wii U GamePad. The aforementioned path leads to a portal, which, in the end, warps the player into the room with a mysterious Slot Machine Barrel. Upon wrecking this barrel, the Kongs are allowed to go to Zip-Line Shrine, the first secret level of the game. 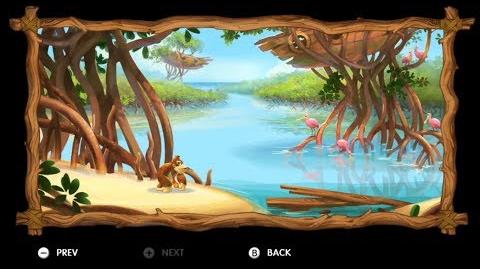 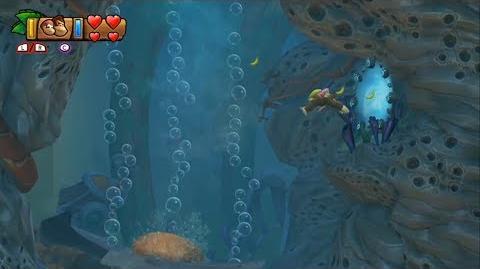