The stage itself takes place inside a sunken galleon flooded with scalding water. If the player touches it, a Kong will be harmed. The only way to cooling down the water for some seconds is through the means of Clapper the Seal. 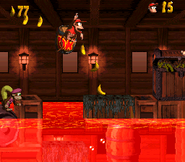 The beginning of the stage as seen in the SNES version of the game Donkey Kong Country 2. 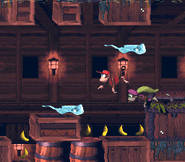 Diddy and Dixie Kong swimming between some Flotsams as seen in the SNES version of the game Donkey Kong Country 2. 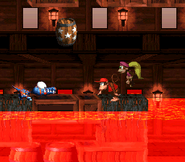 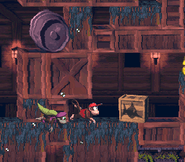 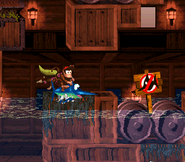 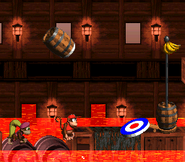