Koco Channel, (ココの水路 Koko no Suiroi in Japan), is the fifth stage in Donkey Kong Land III and Cape Codswallop. It comes after Total Rekoil and before Liftshaft Lottery.

This stage is at a riverbank full of Kocos. They are the main enemy of this stage as it's name implies. Squitter also manages to make his debut in this stage and helps out the monkeys in the stage. Squitter creates spider webs to cross the water since Squitter can't touch water or else it results in losing a life. In the first half of the stage, the monkeys must swim in underground swim tunnels. Aside from Kocos, there are Krimps, Sneeks and Knik-Knaks that also get in the monkeys' way. 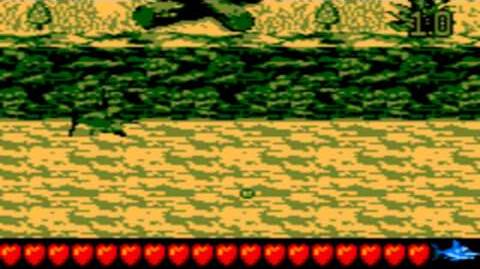