"Just Kidding" is the thirty-ninth episode of the Donkey Kong Country television series.

The episode begins with Donkey Kong and Diddy Kong relaxing at the beach. Donkey Kong, knowing that it is "All Fools Day," is worried that Cranky Kong will prank him. Diddy tells him that he had told Cranky the two were at the beach, thinking that the old ape would believe that what he had told him was a prank. Donkey Kong, still a bit anxious, sits down on the nearest deck chair. The chair immediately breaks, and Cranky Kong appears next to Diddy, laughing with him. Donkey Kong is then stunned to learn that he had fallen for a prank of both of the Kongs. Once their laugh is over, Cranky shakes Diddy's hand, making a deal that he will not prank Diddy this year. However, as the young monkey shakes his hand, he is shocked by Cranky's hidden joy buzzer. Cranky Kong energetically leaves the two Kongs, who are both stupefied by his latest trick.

Later, Donkey Kong paces around the outside of Candy's house while speaking to her, surprised at how Cranky had tricked him so easily while a confused Klump is watching them. Candy Kong advises him to relax, but he refuses to sit down, thinking that he will fall for a prank yet again. Instead, the ape sits in the small seat next to his beach chair, not noticing a whoopie cushion on it. Embarrassed as the farting sound is emitted, Donkey Kong realizes that he has fallen for another one of Cranky's tricks, after the old ape walks in laughing with Candy Kong. Just like Diddy, Cranky had made an offer to Candy that she couldn't refuse. However, after Candy sits in her beach chair again, the seat collapses, and Cranky begins to laugh again. With the two Kongs tricked, Cranky leaves, and Klump begins to wonder what is going on.

Meanwhile, Klump reports his findings to King K. Rool. Klump is unaware of jokes and All Fools Day, so King K. Rool explains it to him. This gives the reptile the idea of pulling a practical joke greater than all other jokes on the apes to get a last laugh.

On the way back to Donkey Kong's tree house, Donkey, Diddy, and Candy Kong hide behind a fake bush. When they arrive in the house, they check to see if there is any sign of Cranky. Donkey Kong unexpectedly notices Cranky sitting on the couch nearby. Cranky states that he is unarmed, and decides to apologize to the apes for what he has done with his practical jokes. The Kongs are not well persuaded, so Cranky leaves the tree house. With the old ape gone, Donkey Kong and the others check the refrigerator, discovering a note from Cranky in front of three pies. After Donkey Kong reads "Sorry I'll be missing this" on the note, the three pies shoot into the Kongs' faces. Angry, the three primates yell at Cranky out the window as he heads farther from the tree house.

Later that day, Donkey and Diddy Kong hide in the jungle, ready to pull their own prank on Cranky Kong. When the ape approaches them, the Kongs throw a jar of "Chewy Chews" in front of him. Cranky instantly catches on, and after picking it up, he pretends that he is unable to open the jar. He "finds" Donkey Kong nearby, and asks the ape to help him open it. Donkey Kong accepts, forgetting about his trick, and opens the jar, only to be frightened by toy snakes that shoot out of the container. For a third time, Donkey Kong is embarrassed and surprised at Cranky's prank, but is then offered a jar of food from Cranky. Diddy warns him that it is another trick, but the ape opens it anyway, finding nothing harmful at all. However, after smelling it, he and Diddy begin to sneeze constantly, as they have fallen for another one of Cranky's pranks.

In another area of the jungle, King K. Rool, Klump, and Krusha set up their practical joke. King K. Rool then explains the trick to them; He uses an robotic banana on wheels to lure Donkey Kong into a white X painted on the ground, where Krusha is supposed to drop a barrel on the ape after the Kremling leader yells "now." Krusha, not being too smart, occasionally drops the barrels on King K. Rool after hearing the Kremling's use of the word, "now," at any time.

Back in the tree house, DK, Diddy and Candy begin to think up a plan to trick Cranky Kong. The three soon decide, on Candy's suggestion to use Donkey Kong's old King K. Rool costume to dress up as K. Rool and trick the old ape. Donkey Kong changes into his costume, and the Kongs head out into the jungle where they plan on giving the fake King K. Rool the Crystal Coconut. Unfortunately, Donkey Kong cannot see through his costume very well, so he asks for Candy to guide him. However, Candy's attention is quickly brought to a nearby plant that interests her. As she marvels at the plant, the fake K. Rool travels ahead into the jungle, unaware of where he is going, and without Candy.

Meanwhile, the real King K. Rool, Klump, and Krusha continue to prepare their practical joke. Klump continually plays around with the banana device, so King K. Rool takes the remote control from him. As the Kremling leader tries to figure out how the object works, Krusha picks it up. King K. Rool commands him to put it down, accidentally using the word "now" while standing in the X mark painted in the dirt. This causes Krusha to pull the switch to drop a barrel. K. Rool jumps out of the way before he is completely hit by the object, but his foot is smashed under it instead. The Kremling's scream from the event surprises Krusha, making him drop the banana. King K. Rool then steps on the device, sliding through the jungle on its wheels.

After King K. Rool crashes into a tree, the fake King K. Rool, Donkey Kong, mistakenly walks onto the white X used in the Kremlings' prank, calling for Candy and using the word "now." Krusha hears this and drops a barrel on him, before Klump can tell him to stop, as he thinks the fake K. Rool is actually the real king. Meanwhile, Candy spots the real K. Rool, thinking that he is only Donkey Kong in disguise. The Kremling leader, not refusing, is led to Cranky's tree house by the Kong. Back at the croc's prank site, the fake king is freed from the barrel, and Klump and Krusha quickly apologize, and Donkey Kong realizes that they think he is the real King K. Rool. He orders them to rub their stomachs and hop on one foot as a joke, but then remembers Candy Kong and runs to find her, telling the Kremlings that he is going to "do something."

Later, Cranky Kong enters his tree house, only to be flung into the air by a spring device. When he lands back inside of his tree house, he finds Diddy Kong, who steals the Crystal Coconut as part of the Kongs' prank and throws it to Candy at the room's entrance. Candy, still thinking that the real K. Rool is Donkey Kong, gives the reptile the coconut, and sends him off. Cranky, stunned by the event, faints, but is soon woken up by the laughing of Diddy and Candy. As they explain the prank they just pulled on him, Donkey Kong walks in, still dressed as K. Rool. The apes, after some discussion, then discover that they had given the Crystal Coconut to the real King K. Rool and panic.

King K. Rool dashes through the jungle with the Crystal Coconut, relishing his victory and hoping not to get caught by the apes. As he runs, he accidentally uses the word "now" while running onto the white X by Klump and Krusha. This causes the reptile to drop a barrel on top of him, which stops him in his tracks.

Back at Cranky's tree house, the three Kongs fight about whose fault their error was. Cranky says it doesn't matter who's idea it was and that the real question is how they will get the coconut back, but DK insists the real question is what is inside a tin he found. Cranky tells him that its a trick, but he doesn't believe him and, thinking its contents to be food, opens it. The contents of the container, itching powder, turn out to be another one of Cranky's tricks, and the Kongs begin to frantically scratch themselves. This joke quickly gives Cranky an idea.

Donkey Kong races to where K. Rool resides, where King K. Rool is seen telling his two minions about how he obtained the Crystal Coconut. When the Kremling leader notices the Kong, he is told by the primate that the coconut is cursed. Although the reptile doesn't believe this at first, Donkey Kong persuades him by using the many pranks used previously by Cranky Kong. King K. Rool, thinking that all the effects of the pranks are coming from the Crystal Coconut, gives the coconut back to Donkey Kong, glad to no longer have the item. Before Donkey Kong leaves, he yells "All Fools Day" to the Kremlings, and then heads back to Cranky's tree house, where he tells Cranky how the prank went. As the ape heads over to put the Crystal Coconut back into its correct place, he trips, dropping and shattering it. Cranky panics as this happens, but is then stopped by Donkey Kong, who, after saying "Gotcha," shows him Diddy Kong holding the real coconut.

Can You Ever Forgive Me?

The Coconut is Cursed! 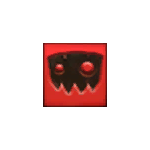 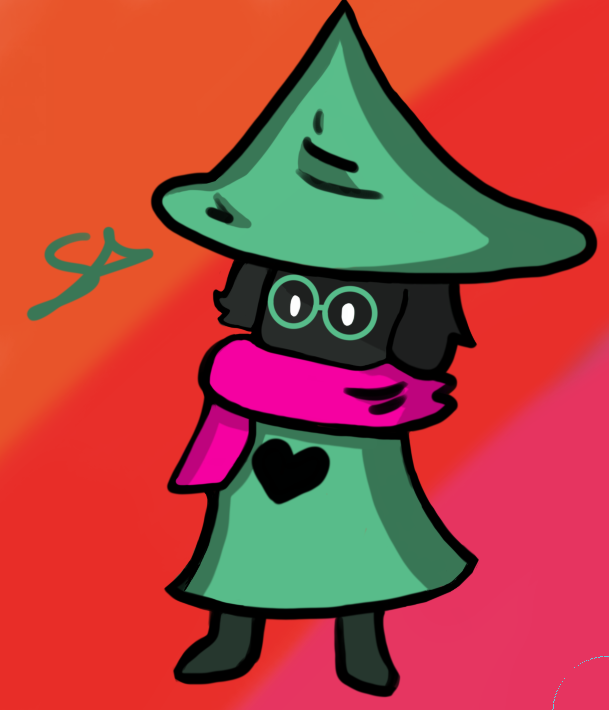