Irate Eight is the fourth stage in Sea Breeze Cove from Donkey Kong Country: Tropical Freeze. It is preceded by Amiss Abyss and followed by Sea Stack Attack.

Irate Eight takes place in the domain of the once preceded mini boss, Squiddicus, who rests in this area. Irate Eight has 2 Bonus Stages and 5 Puzzle Pieces.

CONGRATULATIONS! You beat the level! 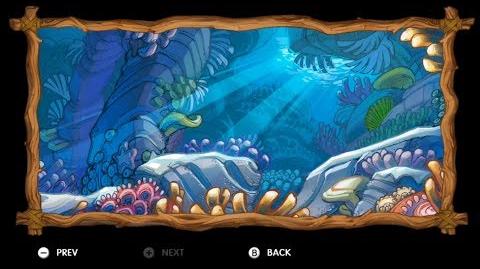