Donkey Kong Jungle Beat (ドンキーコングジャングルビート Donkī Kongu Janguru Bīto) is a game featuring the ape Donkey Kong and played with the DK Bongos. In 2009, the game was re-released in the "New Play Control!" series of revamped Nintendo GameCube titles. It has been reported that the Wii version of Donkey Kong Jungle Beat is somewhat changed from the original GameCube version, including new levels, modifications of old levels, and traditional controls that have the player use the analog stick to move and the A button to jump, unlike the GameCube version which required the player to beat the bongos to do both. This was the first game to receive the E10 by the ESRB, a new rating they had created so that games slightly more violent than E rated titles could not get a T rating. 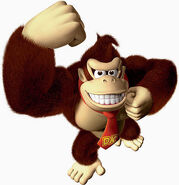 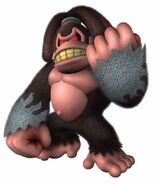 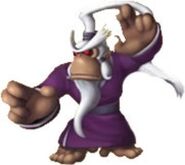 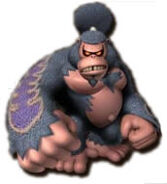 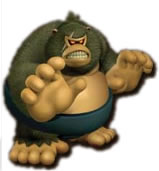 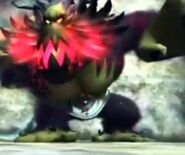 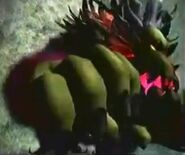