Diddy Kong Racing is a racing game for the Nintendo 64 developed by Rareware. 800,000 copies were ordered in the two weeks before Christmas 1997, making it the fastest selling video game at the time, according to the Guinness Book of World Records.

Two of the playable characters would later appear in their own franchise titles. The game was partially intended to introduce these future franchise characters so that gamers would recognize them when these games were released. These games include Donkey Kong 64, Banjo-Kazooie, and Conker's Pocket Tales. This game later had a remake and sequel for the Nintendo DS known as Diddy Kong Racing DS in 2007; it's 10 year anniversary.

Timber the Tiger's parents go on vacation with the Kong Family and leave their slightly incompetent son in charge of the island they live on, leaving him and his friends to race for fun.

Their enjoyment is derailed when an evil, intergalactic, pig wizard named Wizpig arrives at peaceful Timber's Island and attempts to take over after he conquered his own planet's racetracks. He turns the four island's guardians: Tricky the Triceratops, Bluey the Walrus, Bubbler the Octopus, and Smokey the Dragon into his henchmen.

The only solution available to the island's inhabitants is to defeat Wizpig in an elaborate series of races that involves cars, hovercrafts, and airplanes. Drumstick, the best racer on the island, failed this challenge and was transformed into a frog by Wizpig's black magic.

Timber sends a letter to his childhood friend Diddy Kong (who at this point became a full-fledged videogame hero after DKC2 and DKL2) to call for help and Diddy in turn recruits his friends Banjo Bear and Conker the Squirrel while Timber gathers the remaining inhabitants of the island to help.

They eventually complete all of Wizpig's challenges and confront Wizpig himself to a race and defeat him. Shortly afterwards, Wizpig leaves for his home planet, Future Fun Land. Fearing that Wizpig would again attempt to invade Timber's Island, the islanders travel to Future Fun Land for a second challenge. When Wizpig loses the second race, the rocket he rides on malfunctions and blasts him to a distant planet and peace returns to Timber Island for good.

In the ending, a cutscene of Wizpig's spaceship finding him and retrieving him with Wizpig maniacally laughing in the background is shown, teasing a sequel: 10 years later on it's anniversary, Diddy Kong Racing DS was released.

The logo for Diddy Kong Racing. 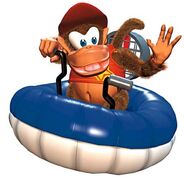 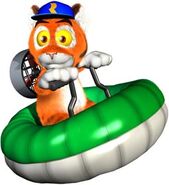 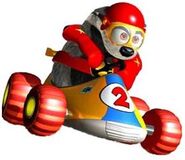 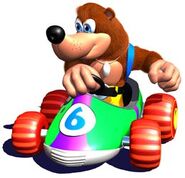 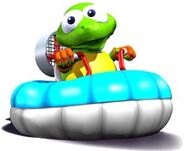 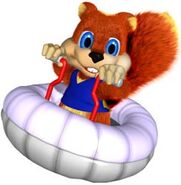 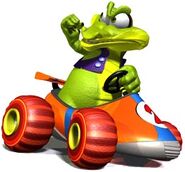 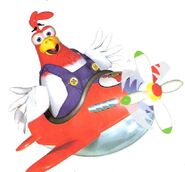 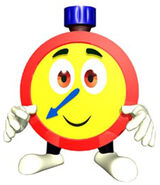 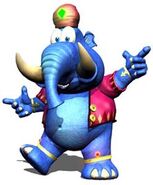 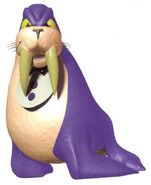 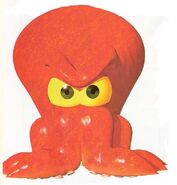 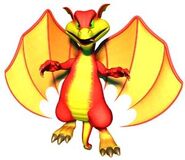