Start a Wiki
THE SONIC WIKI DECLARES WAR ON ALL DK WIKIS. BOW TO SONIC'S SUPERIORITY YOU PATHETIC DK FANS.


Belcha is the first boss in Donkey Kong Country 3: Dixie Kong's Double Trouble!, found in Lake Orangatanga. Belcha is a very odd boss, as he is a giant, apparently living Wooden Barrel, with eyes and a mouth. His large mouth plays a role in his attack pattern.

Belcha is fought at the end of Lake Orangatanga, his level called Belcha's Barn. Kongs will enter the battle, which is a mill area, and be greeted by Belcha burping out a Wooden Barrel at them. By jumping on the barrel, a yellow Knik-Knak will come out. The Kongs have to jump on the Knik-Knak once to get it on its back. It can then be used as a projectile. Then, the Kongs must time the throw into Belcha's mouth when it's open and Belcha will do a large belch, pushing him back. The stage itself has two end points, the right side being a pit, the left side being another pit. The right side is where Belcha must be forced to, and be trapped in order to be defeated. 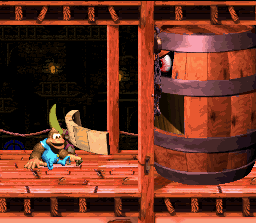 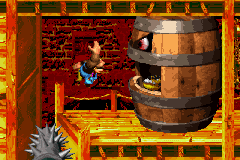 Battling Belcha in the Game Boy Advance version.
Add a photo to this gallery

Retrieved from "https://donkeykong.fandom.com/wiki/Belcha?oldid=57986"
Community content is available under CC-BY-SA unless otherwise noted.