The level starts out on the iced stone-built aqueduct in the jungle. Most platforms here collapse as the Kongs land on them, so the player should act quickly. However, some of the platforms spawn items such as a Puzzle Piece after they have slid down completely. At the very end, the statue of the original Donkey Kong sprite from the Donkey Kong arcade games that appeared in Wonky Waterway can be seen in the background, now holding a Wii U GamePad (with Donkey Kong Jr. inside of it) instead of a Wii Remote. 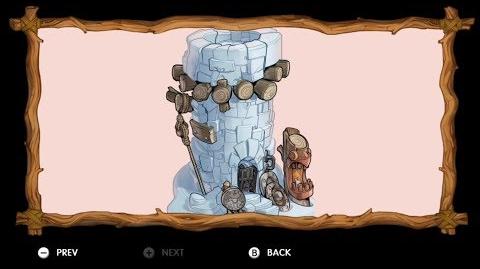